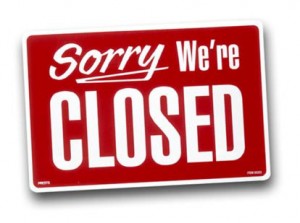 So we’ve spent a large part of the day trying to get help for a friend who is seriously anorexic.  She is literally unable to eat, dizzy, confused and exhausted. She feels fat and is terrified at the thought of putting on weight.  Despite this, she’s been brave enough to go to the GP and ask for help.  Given the nature of the disorder, I cannot emphasise what a huge step this has been. Finally, she can get the care she needs.

Her GP wants to keep her out of hospital, as it offers refeeding but little in the way of emotional support.  This means that she’s been placed on a long waiting list (several months at least), for the massively overburdened NHS eating disorder services. Despite the fact that she is on the verge of collapse, currently she is not classed as an urgent case.  Priority is given to those with extra complications, such as diabetes or pregnancy. If and when she does get onto this programme, it can offer a once a week appointment as an outpatient. This is not the fault of the doctors or the hospitals. But it is not enough.

Her GP is going to see her again in another week’s time to see how much more weight she has lost. In the interim, if she deteriorates, they suggested she go to the nearest A+E. When she and her husband went to A+E, they were referred back to the GP. Who is off today.

We have phoned every eating disorder helpline we can find and they all say the same thing, ‘sorry, but there is just no provision for her.  Unless she collapses no-one can help.’

Four and a half years ago, my husband and I went to the GP.  I said that I had a history of anorexia and was worried because it was something that was starting to get out of control.  My GP suggested I try eating cheese.

Two months later, I went back, a stone lighter.  This time, my GP referred me as an urgent case to the NHS.  Six months later (and much thinner), I was sent an appointment.   The NHS specialists told me that I was within the weight range for anorexia and seriously unwell.  However, they could only offer intensive support if I lost more weight.  So I did. And recovery came by God’s grace – but the long-term implications for my health have been irreversible and debilitating.

The NHS is massively overburdened.  Recently I spoke with a consultant who confirmed what I already knew – limited resources are available for only the most serious cases – those who are actually dying. This means that there is little available for those who seek help at an earlier stage, before long-term damage has been done. But evidence shows that the longer you have an eating disorder, the more difficult it is to make a recovery.

It’s easy to point the finger and apportion blame.  It’s much harder to suggest a way forward.  But surely God’s people have a massive part to play. Medical expertise is only a part of the solution – and within our congregations, even that may be available.  We need  a miracle.  But if miracles can’t happen in the church, then where else do we turn?

I’m not a doctor.
But I am a Christian.
What difference does this make?

To start with, I remember not just who I am, but who my Lord is. The Great Healer. The Doctor for the sick. And the government is upon His shoulders, not mine. He is the Saviour, not me.  But He can use me, if I let Him.

I am filled with the same Spirit who raised Christ from the dead. And I’m not alone. I’m part of a body of believers.  What we do in His strength makes all the difference in the world to those who are suffering.

As a church, we are the family they may not have. We can fight for those who are too weary to pick up their own weapons. How? By praying for those who don’t have the strength to lift themselves. And by loving them and getting around them. And asking, how can we help?  And keeping on asking.  And doing. And not giving up on those who have given up on themselves.

What are we doing to help those who are struggling?  With eating disorders, with alcoholism, with addictions?  Are we pretending they’re not there?  Referring them to the specialists and then moving on? When Glen and I were trying to get help, what was hardest to deal with were people in the church referring us to professionals and professionals telling us the problems were too big. What helped most was a Christian we didn’t even know, who responded to an email and came and sat with us and listened.

My friend is struggling right now, not just with the battle to eat, but of how to spend her time. With loneliness. With household chores. With shame and fear. With shopping.

What she and her husband need most are not answers.  They need people who are not afraid to enter their mess.  To just be there, with them.  To keep them company, pray for them, take some of the pressures off.  They need help with money.  They need people to come into their home, to cook and clean.  To sit with them, encourage them, remind them that they are not on their own and that they don’t need to be ashamed. To point them to Christ. That’s what help looks like.  That’s the shape of love. And it’s the shape of you and me.

4 thoughts on “When Professional Help Is Not Enough”