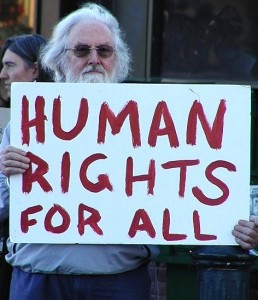 As I write, one of my friends is in hospital being force-fed through a drip.  It’s part of the initial stages of treatment for her anorexia. This sounds horrendous – and is causing her a great deal of distress. But what are the alternatives? Prior to admission, she was unable to make herself eat and was consuming laxatives, diet aids and exercising herself into the ground. Her body was eating itself. Even now, she can’t bear to lift a spoon to her mouth and has to be monitored to make sure she doesn’t get rid of the tube. Had she not been admitted, I think she would be dead. But she is understandably struggling to adapt to a world where her every movement has to be monitored. The staff are lovely and she has a great care team – but it still seems barbaric, an infringement of her dignity. Should she be allowed to die? Or forced to live?

No matter how difficult she is finding it, I am thankful that she is being monitored and that the situation has been taken out of her hands. Yet when I was at a similar stage, what would I have chosen – refeeding or death?  I’m unutterably thankful that “my choices” didn’t prove sovereign.

According to current guidelines, feeding against the will of a patient should be a last resort in the care of those with eating disorders and done in the context of the Mental Health Act 1983. It must be shown that the patient is suffering from a disorder of the mind and brain, resulting in impaired ability to retain and/or understand a decision and to reason rationally.  Treatment may be provided under common law if it is in the patient’s best interest and/or to save life or ensure improvement/prevent deterioration in health.

But the refeeding debate is not restricted to those with diagnosed eating disorders.  Starvation has a long history as a political weapon -for example, in 1981 when 8 IRA prisoners died after hunger striking in the Maze prison. Currently in the US, a Briton jailed for a crime he claims he didn’t commit, has won the right to argue that he should be allowed to starve to death. William Coleman began starving himself as a protest against his conviction in 2005. In 2009 a court ruled that authorities could force-feed him if that was necessary to keep him alive, despite the fact that international law has ruled so far against its use on individuals pronounced competent and sane. Now the state Supreme Court has agreed to hear his case and decide whether force-feeding him violates his rights. He and his lawyers claim that such feeding amounts to torture. Yet the eating disordered patient would claim exactly the same.

Perhaps the language of ‘rights’ is in reality a part of the problem, rather than the solution. I can only speak from my own experience. But what rescued me was the recognition that I didn’t have the rights I claimed, let alone those to determine life and death. I don’t belong to myself. Instead I belong to Christ, who has bought me doubly, as my Creator and as my Redeemer. Not only does He have the ‘right’ to step into my life, He already has. The alternative is the way that seems right to a man, but leads instead to death.