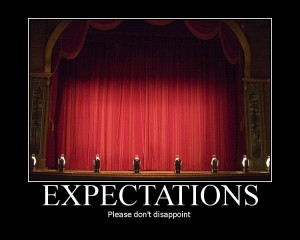 I’ve been reading about an interesting book by historian Stephanie Coontz on the long-term impact of Betty Friedan’s feminist classic, ‘The Feminine Mystique’.  Although pro-marriage, Friedan’s argument was that many of the traditional values and roles given to women were oppressive and harmful. Her book created a storm of controversy and Coontz argues that the ripples of this are still being felt today.

Whilst I don’t swallow all of Friedan or Coontz’s arguments,  they both make some  interesting observations.  Coontz reckons that whilst the territory may have changed,  modern ‘mystiques’ (or expectations) are still exerting enormous pressures on men and women today.

Here’s a few that she identifies – see what you think;

What do you think?  Are these accurate? Do you think that similar expectations are raised within Christian contexts? For example..

For guys – lip service to the idea of ‘accountability’ and openness, but in reality an unspoken expectation that you keep it together – at least if you want to be in leadership.

For women, (particularly in a conservative context), the need to dampen down passion, ambition and intellectual curiosity as being somehow threatening or ungodly