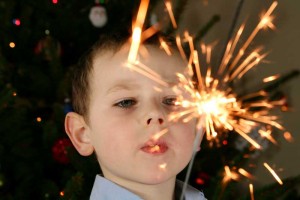 Reading through analyses of the recent riots, I’ve been thinking about what it is that will define the people of our time.  Us.

It’s not just the hoodies either – what about me? We’re growing up in the same world and we’re responding to the same pressures.  What do we have in common?  How are we trying to resolve the same issues?

One of us fights the police and destroys buildings.  The other develops an eating disorder and depression. They look quite different  – but I can’t help thinking they’re about the same thing. Both are  the predictable and explicable outworking of a generation that has never grown up.

Eating disorders and rioting – what could they possibly have in common?

Both the rioter and the hunger striker wreck lives.  Both are victims and perpetrators.  Both provoke complex and powerful responses in those around them.

Both are acts of violence and rebellion.

One is the socially sanctioned defiance of a ‘good girl or boy’. The other is an insurrection that provokes condemnation and outrage. One is directed at other people, the other is directed at oneself. But here’s a common thread.  Hopelessness, confusion, depression.

Most of all, anger. The anger of a child, trapped in a grown-up body.Of someone who has tried to make sense of life and who can’t.  Someone taught to believe that they deserve certain things – a place, a size, an LCD TV. Of someone  demanding what they’re owed. And angry – uncontrollably angry, when they don’t get it.

A friend of mine was telling me about a recent holiday with her three year-old son.  He is normally the nicest, most equable little man you could hope to meet.  But on this particular week, he had a series of epic, titanic-style meltdowns.  All of course, in public places.  ‘It was like having a completely different child’ she said, ‘he was just so angry. Nothing we said or did made any difference.  All we could do was strap him into the buggy until he burnt himself out’.

Apparently this is quite common with  boys of this age.  As they grow, they get surges of testosterone. The feelings bubble and build up because their bodies are too small to contain it. They have no where to put the anger and so it erupts in spectacular fashion.

And here’s the interesting thing.  The culture that condemns these feelings is precisely what feeds them.  It’s a culture of entitlement. When I’m insecure and frightened and overwhelmed it promises the answers.  It tells me that I deserve to be in control.  I deserve to be thin.  I deserve a blackberry. I deserve to look a certain way and to get the respect that I am owed.

Look for example, at the chains that the rioters targeted.  Chains selling designer and branded merchandise.  But here’s the thing – they’re not just victims of the looters.  They’re victims of their own advertising. Advertising that promised identity, security, meaning and value.  Advertising that targets the disaffected and tells them – you’re worth it.  You deserve it.  Advertising so successful, its target audience took it seriously.  They did what it said – and helped themselves.

In the same way, we’re told every day that we have the right to beauty.  Happiness. Success.  And we listen.  We learn the lessons and we play the game.    We use food, surgery, clothes.  But they don’t work. So we try harder.  We’re confused – isn’t this what life is about?  Aren’t we doing exactly what you taught us?

But the ones who said we were worth it, now say we’re worth nothing.

The answers only open up other questions.

And the hope that is killed leads to an anger that won’t be contained.